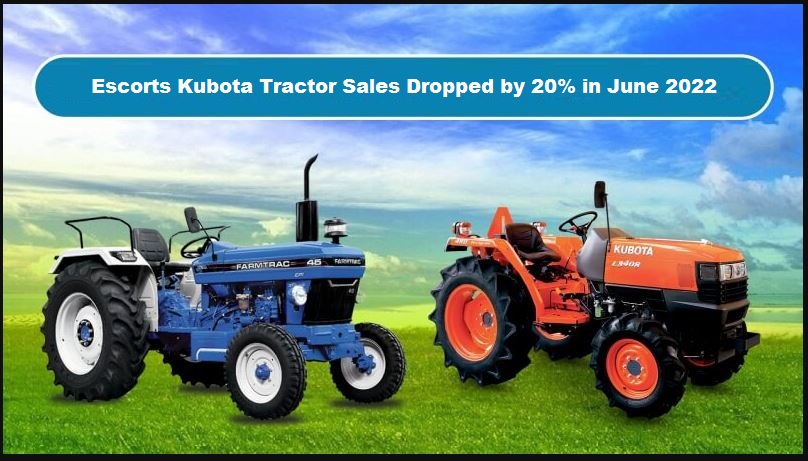 The company added, “The industry wholesalers were affected during this month in June because of the high base last year’s.

With the onset of monsoon and probably record Kharif production, as well as farmer sentiments, are likely to slowly improve.”

The Escorts Kubota tractor quarterly sales total rose by 3.3 percent. It sold 26797 units during Q1 FY23 as compared with 25,935 units sold in the first quarter of FY22.

The company added, “In June 2022, the trend of growth continued for the Construction Equipment industry due to the low base from the previous year.

With the Government’s push on infrastructure, we anticipate the growth trend to continue into the next fiscal year 2022-23.”

In addition, there is it is also worth noting that Escorts Kubota ECE recorded 966 units in the first trimester of last year.

It also recorded 606 units during the 1st quarter of the previous year, which indicates an obvious increase of 59.4 percent.

Escorts Kubota is a well-known Indian manufacturing and agricultural business that offers agri-machinery and material handling equipment railway equipment and construction equipment for all people of all ages.