The Ministry of Road Transport and Highways has issued a directive to change the design of tires for vehicles across the country. There are some modifications in the regulations.

The new rules to alter the tires’ appearance will take force on October 1st. These rules will affect C1, C2, and C3 category tires. In this article, you will be provided with all the information you need, including crucial details about tires, and new regulations related to the modification of the tire design of vehicles under the directives by the Ministry of Road Transport and Highways. 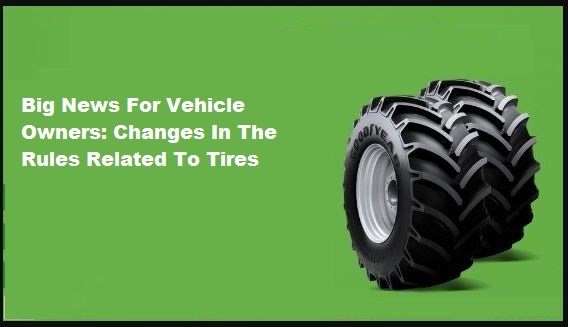 We can tell our readers that the Government of India and the Union Ministry of Road Transport and Highways have taken numerous new steps thus far to reduce the rising number of road accidents that occur in the country.

The designs of roads have also been modified in these. Union Road Transport and Highways Minister Nitin Gadkari is getting highways expressways, expressways, and other long-distance routes built in the style of the latest and foreign designs instead of the traditional method.

At the present, the government has taken another step toward the prevention of accidents.

It is changing the design of the tires. These rules are to start on October 1st. Then, tire manufacturers will produce tires following the new regulations.

Then, similar tires will be fitted in new vehicles that are expected to be in place by April 1st, 2023. According to the announcement released by the ministry, those new regulations will be applied to the brand new standard C1 C2, C2, and C3 category tires.

A Star-Rating system for tires will be introduced for tires.

The system of rating is based upon automotive standards. In this case, following the introduction of the new directive of the Ministry of Road Transport and Highways and Highways, the tires’ design will be developed following the a/s&142-2019.

These new tires will be designed on criteria such as greater road friction as well as grip strength, friction on roads that are wet, control of vehicles when moving at high speed, and the noise generated during driving. Additionally, the buyer will be aware of the level of safety this tire has when purchasing the tire.

Additionally, it is also it is expected that the Ministry of Transport and the Ministry of Heavy Industries are set to begin star ratings for tires soon. The rating will assist customers to pick the safest and most reliable tire for their needs. 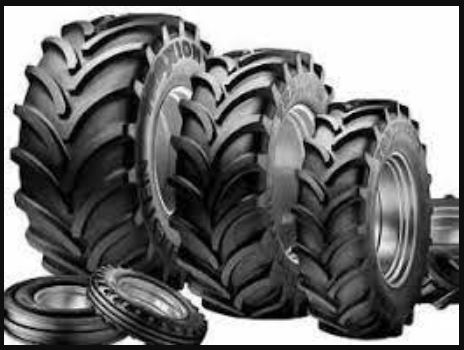 The three types of tires within which the new rules that will alter the design of tires are to be applied will be C1, C2, and C3. It is also essential to understand the three categories. Let us explain that the passenger vehicle is a C1.

There are now certain rules and specifications of the second phase of the Automotive Indian Standard that will be mandatorily applicable to the three types of tires.

The parameters that affect weight grip, resistance to rolling, and adjustments to rolling sound are to be considered.

Modifying the look of tires has these advantages

In the latest notification released in the recent notification issued by the Union Ministry of Road Transport and Highways, the orders for modifications to designs of the tires for vehicles will start to be put into effect beginning on the 1st of October 2022.

What is the result of making changes to the tire’s design? What are the benefits? First, the change has primarily three tires standards fixed.

The resistance to rolling, the weight grip, and the emission of rolling noise. All three are now developed following BIS standards.

In such a scenario the newly developed tires will be more secure than the older tires. It will decrease the chance of having accidents.

How will the new-designed tires function?

Let us explain that one of the primary three guidelines for changing the appearance of tires is resistance to rolling.

That means that if resistance is not high the tire has to work harder. New designs will concentrate on the quality of their construction.

It will also decrease the amount of fuel used by vehicles and improve the mileage.

The second criterion of tire design is wet-grip: This is directly related to the monsoon time.

This is the likelihood of the car sliding in rainy weather. There is friction on the surface of the tire as well as the circuit will form the main focus of the new model.

Third standard : the Rolling Sound Emissions. It can cause occasional tire noises when driving.

It could be to indicate that the tires are damaged or that there is an issue with the vehicle.

The noise increases the likelihood of an accident. The focus will be on solving this issue in this new model.