Farmers receive assistance from the government for 16000 rupees each year

Numerous beneficial programs are operated by the central and state government to help farmers. They are assisting the farmers.

In this regard, it is worth mentioning that the Rythu Bandhu plan is administered by the Telangana government to provide financial aid to farmers.

In this scheme, farmers are provided an amount of Rs. 5000 per Kharif as well as Rabi season for each acre of land.

To date, around 64 thousand farmers have received the sum of Rs 6,765 crore as part of this scheme.

To give you more information, we explain the method the PM Kisan Samman Nidhi Yojana is being run in the central region that provides financial assistance of six thousand rupees each year provided through the state government farmers.

In the same vein, the scheme is currently running in Telangana for farmers. The benefits are given to that who are economically struggling. 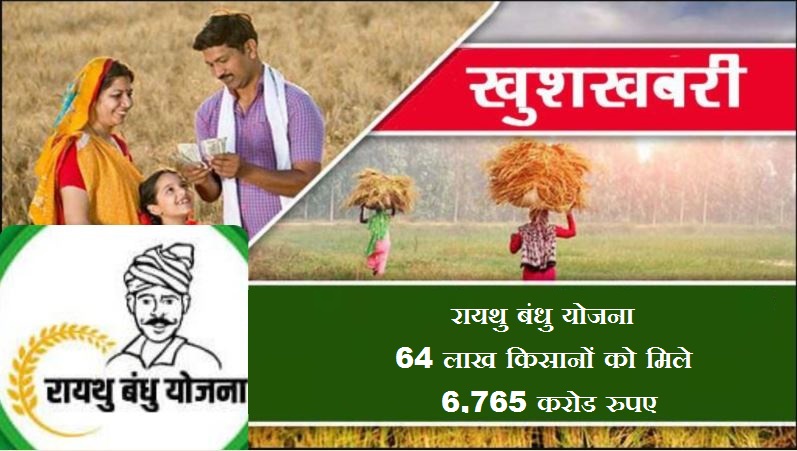 This time there was a delay in the distribution of installment

This plan aims to offer financial assistance to farmers in Kharif in addition to the Rabi season. Through the funds received through this scheme, farmers will be able to purchase the necessary inputs such as seeds and pesticides before two seasons of agriculture.

This year, in contrast to previous years, the payment for the program was made public at the beginning of June. However, the delay was in the payment. This caused delays in delivery.

Fields submerged by water as a result of the unending rains across the state, and demand compensation

According to reports in the media An official from the agriculture sector stated that because of the constant rains throughout the state, agriculture work is being affected because flood waters have flooded hundreds of acres of fields.

After the flood water has receded and we can assess the extent of the damage. State Congress Committee president A Revanth Reddy has demanded farmers whose fields have been submerged by water as a result of constant rains, to receive a remuneration that is Rs. 15,000 for each acre.

Reddy claimed that the crops that were sown on approximately 5 lakh acres by farmers in the Adilabad, Nizamabad, Warangal, and Mahbubnagar districts were devastated in the last few days.

Hemp farmers are not eligible to benefit of the plan

In this regard, the Telangana government has declared that no benefits of this scheme will be given to those who are illegally cultivating hemp. Rythu Bandhu program will be granted to farmers who cultivate hemp illegally.

We will tell the people of Telangana hemp is being cultivated by a variety of people who do it secretly.

Telangana, was taken into custody by the police for growing illegally cannabis. He had hemp on top of the home.

Farmers get help of 16000 rupees per year

In addition to this plan farmers in Telangana are also able to benefit from the PM Kisan Samman Nidhi.

The benefit is in addition to this program. Farmers receive the equivalent of 6000 rupees per year through the pm Kisan Samman Nidhi scheme and 10 thousand rupees of financial assistance through the Rythu Bandhu plan. In this way, each year, 16000 rupees are made available to agriculturalists by the state.

What is Rythu Bandhu Yojana

According to the available data, it is believed that the Rythu Bandhu scheme was launched in the year 2018.

The scheme was initially the Telangana government would provide 8 thousand rupees per year to farmers in the state.

Then this amount was raised to 10000 rupees in 2019. In the Rythu Bandhu scheme, the money is provided to farmers who own their land to cultivate that is in their name. This scheme is not available to farmers who work on land that is rented.